Peace If you haven't been in the know about Marcel P. Black, now is the time to get hip. Fresh off a quick preview via HipHopDX, the M Slago produced EP 4 Tha CLTR is officially out and can be found anywhere you get your Hip Hop fix these days. Feel free to stream or buy directly from bandcamp. https://marcelpblack.bandcamp.com/album/4tha-cltr

Lejend - Ears and Eyes to the World EP

Peace Dallas emcee and longtime collaborator Lejend teams up again with M Slago for the newly dropped EP, Ears and Eyes to the World. M Slago has contributed work on previous records Lejend has released, but with M Slago providing the wheels and Lejend comfortably at the helm some true school jams are guaranteed. Ears and Eyes to the World is available on all digital platforms, but you can check it out here. 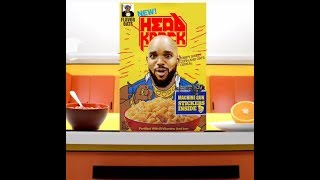 Peace One of the hardest working men in showbiz, Headkrack, took some time out to test his video directing, producing, and editing chops while reminding fans that he's rooted in more than just clever freestyle abilities on the mic and his seat on Dish Nation. The outcome is the channel surfing visuals of "Machine Gun Rap" produced by M Slago from Headkrack's upcoming album Aktion Park. The simple yet effective formula of hard beats, hard rhymes and precision cuts by DJ Sean P